The story behind Catch-Up Education 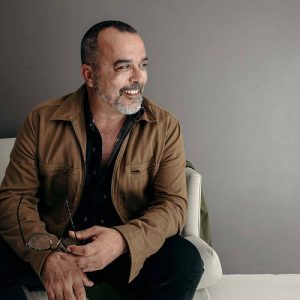 In 2016, Sylvain Lolley founded Catch-Up Education: a company born of a genuine desire to commit to all those who opt for an innovative and opportunity-creating education. Since then, Catch-Up Education and its founder have kept this commitment by offering numerous education opportunities to people of all ages, backgrounds and origins.

However, his career path and passion for advising and managing educational projects began long before, allowing him to surround himself with solid and renowned partners.

A brief look back at Sylvain’s career path:
After more than 20 years in the Pacific (Tahiti, New Caledonia) in the marketing and communication sector, Sylvain joined the education sector by becoming Sales Manager for a French-speaking education agency based in Sydney, Australia.

Within this structure, he became aware of the huge advantage of an international teaching experience compared to the traditional educational landscape. Thus, the desire to help future students in the Pacific zone quickly led him to become Marketing Director for the internationally renowned International House of Sydney, which is established in 160 countries around the world and provides English courses at all levels.

This experience in a language school allows him to understand the students’ perspective within an institution, their needs and projects. He has worked with a large number of agents during this period, developing his skills in accompanying and advising students in a much wider range of markets. In addition to allowing him to better understand and analyze student services, this experience also gave him the opportunity to become a visible actor in the field, and to create a network of professionals with whom he works in perfect coordination and in a dynamic always to the benefit of each student.

His numerous trips and appearances at various fairs, promoting study abroad, in Europe, Asia, the United States and Canada have strengthened his already solid base of a network of schools and universities, essential to the development of his own education agency.

When he created Catch-Up Education in 2016, Sylvain already had a strong network of privileged contacts. He benefits from a solid foundation built over several years. His professionalism is recognized and his credibility among institutions in the field has already been proven. Catch-Up Education has been a quality agency since its creation thanks to Sylvain’s involvement.

In 2019, Catch-up Education joined ICEF as an education agency [internal link] and actively participated in all meetings and fairs around the world, increasing its network of schools and universities worldwide.

In 2020, Catch-up Education received the KISS Rock Award from ILAC Canada [internal link] for the quality of its services to students and its involvement during the Covid-19 period. The same year, Sylvain received the Quality Agent accreditation from NEAS [internal link] highlighting his willingness to respect and organize the service delivered to the student according to the required criteria. This distinction is a guarantee of seriousness and quality for any support agency.

It is also in 2020 that Sylvain created the first international fair in Tahiti, bringing together many major players in the education sector from New Zealand, Australia, Japan, France and Canada. Encouraged by the success and impact of this fair, Sylvain realized the importance of providing the information and resources needed by young future students for a study abroad project. An office will therefore open in Tahiti and New Caledonia by 2021 so that all young people can come and discuss their projects and find the necessary personal support.

As international mobility increases, Catch-Up Education’s vocation is to expand even further. Today, with a network of more than 100 partner schools and universities, Catch-Up Education has the possibility to send students to Australia, New Zealand, Canada, Japan, the United States and Europe. 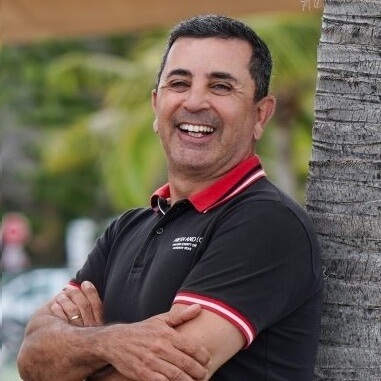 Jean Luc Zaffran has joined the Catch-up Education team in New Caledonia with more than 30 years of experience in educational engineering, a specialist in professional training in collaboration with companies. Jean Luc Zaffran places his expertise and skills at the service of New Caledonian students.

Organizer of the student fair in Noumea for more than 10 years, Jean Luc Zaffran has set up numerous study trips for his students to China, Thailand, Malaysia, the United States, New Zealand, Australia, France…

His mastery of study tours has no secrets for him and his interactivity with all the actors of the training abroad, the consulates, the institutions is not to be demonstrated anymore.

Jean Luc is in charge of the CATCH UP EDUCATION agency in New Caledonia, a complementary relay of our structure in Australia. For any request for linguistic stay, retraining or professional training or university study, do not hesitate to contact him.

If you want to know more about Catch-up Education and talk about your project.